When we found out that General Mills and Aigora had conducted pilot research on smart speaker surveys, we had to know more. In-home testing is very much our bread and butter at PLAY, so when the opportunity then came up to test smart speaker surveys in this setting, we were game.

In partnership with Aigora, a US-based consultancy specialising in applications of AI in consumer research, we had the chance to trial a new way to collect data hands-free and in-the-moment. Given their advancements in this space, we also wanted to experience the benefits of smart speaker surveys for ourselves; including getting greater detail from participant responses, offering a more engaging way to do in-home tests and hopefully receiving richer, more accurate results for our clients.

Today, we share with you the highs and lows and our recommendation on if this is right for you and your brand.

Do Australians really use smart speakers?

They do, and their usage is becoming more widespread. It’s fair to say that we’re still in the early adoption phase with smart speakers, so we can expect their usage to grow over time. In fact, as of 2020, 17% of Australians owned smart speakers. But not all smart speakers are equally popular.

In Australia, the penetration of Google Home is significantly higher than Amazon Alexa. To give you an idea, Voicebot AI found that in July 2018, Google Assistant was outselling Alexa in Australia at least three-to-one. The trend continued in 2019 with Google Home taking almost 70% of market share thanks to their first-to-market strategy.

With Amazon slowly becoming a bigger deal in Australia, this may shift in the future. 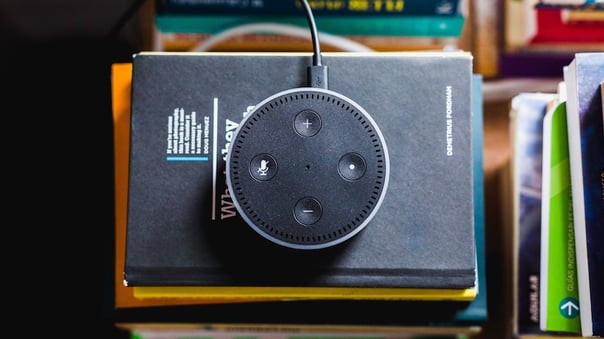 Our first hurdle: setting up our smart speakers.

Before we offer any new tech to clients and consumers, we try it ourselves to iron out any bumps. In this case, we definitely had a few bumps when it came to setting up Alexa at home and accessing our test survey.

Once we had enabled ‘Australian’ Alexa from the accents list and sorted our wifi connections, we were ready to begin.

For the purpose of our experiment, we set up two different surveys using different apps, with one using Alexa’s ‘skills’. These skills can be downloaded to enable different functionalities, including access to interactive surveys. For us, this was hit and miss as it relied on using the same email address across the speaker set up and survey invitation. With smart speakers generally shared in the home, this could be a future hurdle for participants.

Of course, once set up is complete, taking part in future surveys is a relatively seamless experience, making it much easier to build a dedicated community of smart speaker survey participants that can be called upon to provide unique insights.

So, without further ado, let’s explore the current pros and cons. 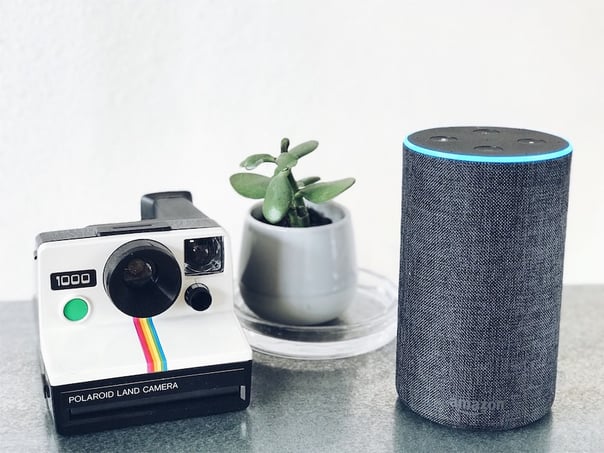 Similar to talking to a person, smart speaker surveys have the potential to remove some communication barriers and give participants a better survey experience.

1. Voice can ease the cognitive load of communication.

A 2017 study by JWT, Mindshare and Neuro-Insights in the UK found that the neurological responses from voice communication while carrying out tasks on a smartphone were better than from other types of tasks. Coupled with a familiar environment (in-home), we hoped that this would make answering surveys quicker and intuitive. For hands-free tasks, like reviewing a detergent while washing up, this could work as with other short surveys that require short, simple responses.

2. Voice has personality that connects to human emotions.

At PLAY we like our surveys to have some personality in order to enhance the quality of responses. Adding voice into the mix pushes this even further. And in the future, voice assistant surveys have the opportunity to become even more engaging by using data collected on the respondent to translate the survey into a tone that is tailored to the individual. As a bonus, they recognise conversational language, more formal responses and can be customised to speak in different dialects, allowing them to work well across many different demographics.

3. Voice offers users more possibilities to respond in a way that suits them.

We’ve mentioned hands-free, but smart speakers also allow different types of people to easily interact with them, from children to grandparents. The current usage of voice assistants also points to situations where voice assisted surveying might be more suitable than current methodologies. Currently, voice technology is useful in the following situations:

Smart speakers can also encourage longer open-ended answers. But in our experience, this function isn’t necessarily something they’ve nailed just yet. 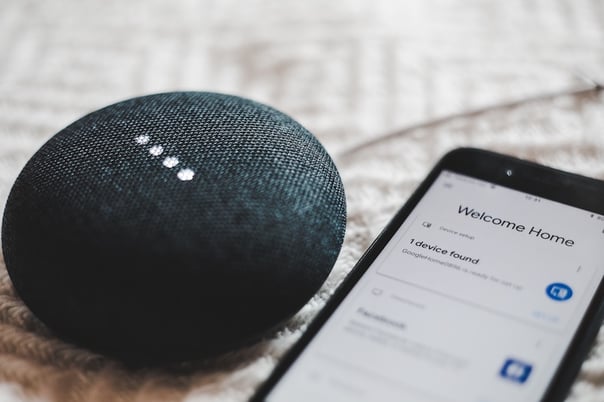 As much as we enjoyed Alexa’s many benefits, she did have some limitations when it came to conducting surveys that are still worth mentioning, although they may be addressed very soon.

As a naturally chatty bunch, it won’t surprise you to hear that when Alexa asked a question, we responded with a bit of a longwinded answer. This posed a problem.

Unfortunately, the technology doesn’t currently support responses longer than 8 seconds, meaning that surveys need to be to the point, rather than prompting detailed answers. At this stage, this rules out many qualitative approaches.

There are also limits to the functionality of a smart-speaker survey. They can’t show images or describe complex ideas. The number of answer codes it is practical to test is limited by participant memory. Both of these can be overcome by incorporating voice into a survey on a device with a screen, where you can show stimulus and answer codes at the same time.

2. Voice penetration tends to be skewed towards certain demographics.

With many new technologies, in the short-term the profile of those willing and able to use voice-enabled surveys is likely to skew more towards younger and more technologically savvy people. Currently, smart speakers are no different. Although not particularly pricey, they might be more of a feature in middle and high income households, at least for now.

In the near future, this could be addressed through creating a specific smart speaker panel or even offering devices as incentives for people to participate in studies as a means of diversifying the respondent profile.

3. Voice is not yet a survey substitute, it’s a complement.

The voice recognition technology isn’t 100%, but we can expect this to improve over time. Not all languages are currently recognised by the leading voice assistants, which is generally not a problem in Australia, but we can also expect the number of languages recognised to grow.

Functionality will also increase as new skills are added, getting us closer to a point where a survey could be conducted entirely through a smart speaker. In fact, Aigora has recently built out a diary function that enables participants to record their observations during a product test. We haven't yet tried this feature, but we're keen to give it a go.

Today, smart speaker surveys serve as a nice addition, particularly if there is hands-free activity to complete, but they're not yet ready to replace your typical survey structure.

Our journey with smart speakers is just beginning. Whilst there’s a few use cases that would be immediately relevant, the true potential of smart speakers is yet to be fully realised - and we'd love you to join us on this new journey.

In the short term, our top tips to maximise your smart speaker survey are:

There’s work to do before we can guarantee more accurate results for our clients but your experience and your feedback will be invaluable in ensuring that everything we test and explore is something you're interested in knowing more about. It's not just smart speakers that we're experimenting with either, we’re thrilled to be working with AI experts, Aigora, to explore the benefits of machine learning and automation for other areas of research. We'll make sure to keep you updated along the way.

Want to join the fun?  If you’d like to throw your hat in the ring to trial a smart speaker survey, please get in touch with us.

Katherine is PLAY’s account director and resident packaging expert. She started life as a qualitative specialist before becoming a qual-quant researcher. Her 12 years of experience spans across FMCG, retail, tech, media, financial, auto, social, employer, and B2B: she loves diving into new categories and exploring the forces at play. She’s a fan of setting herself arbitrary goals and trying to complete them like translating the first Harry Potter novel from Portuguese (she hasn’t got to Hogwarts – yet!).

the biggest soft drink trends for 2021 and beyond