Claims are one of the most powerful tools in a brand’s toolbox. At PLAY, it’s no exaggeration to say we’re obsessed with packaging as an extremely valuable consumer touch point. Claims have a key role in the relationship between a brand and consumers, not only through their appearance in packs, but also in their usage in comms and messaging.

So, no pressure, but as a brand, you’ve got to get your claims right. When they work, they can really work, but when they go wrong… yikes!

There are plenty of articles out there about brands that have been caught with misleading claims, but even just an uninspiring or off-the-mark claim can lose potential sales. We asked Australian consumers to tell us about the claims that spoke to them, and those that missed the mark. Here’s what we learnt.

NOTE: The views expressed in the following quotes are those of the consumers surveyed and do not necessarily represent or reflect the views of PLAY. 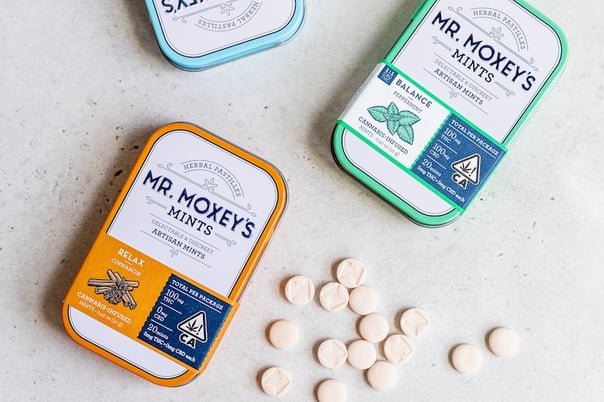 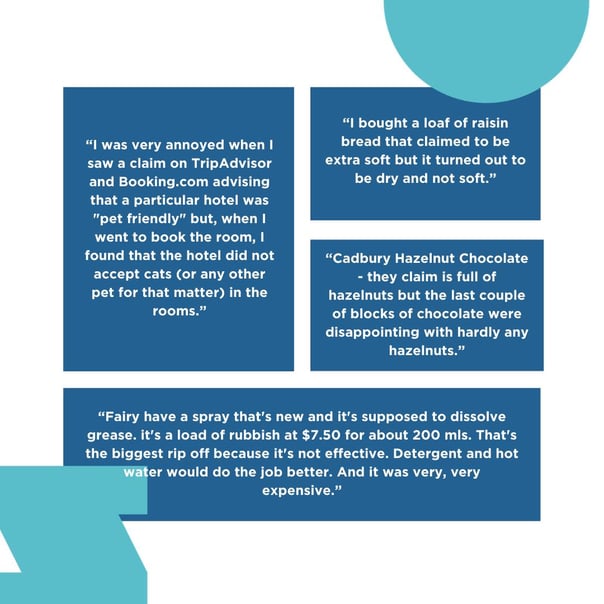 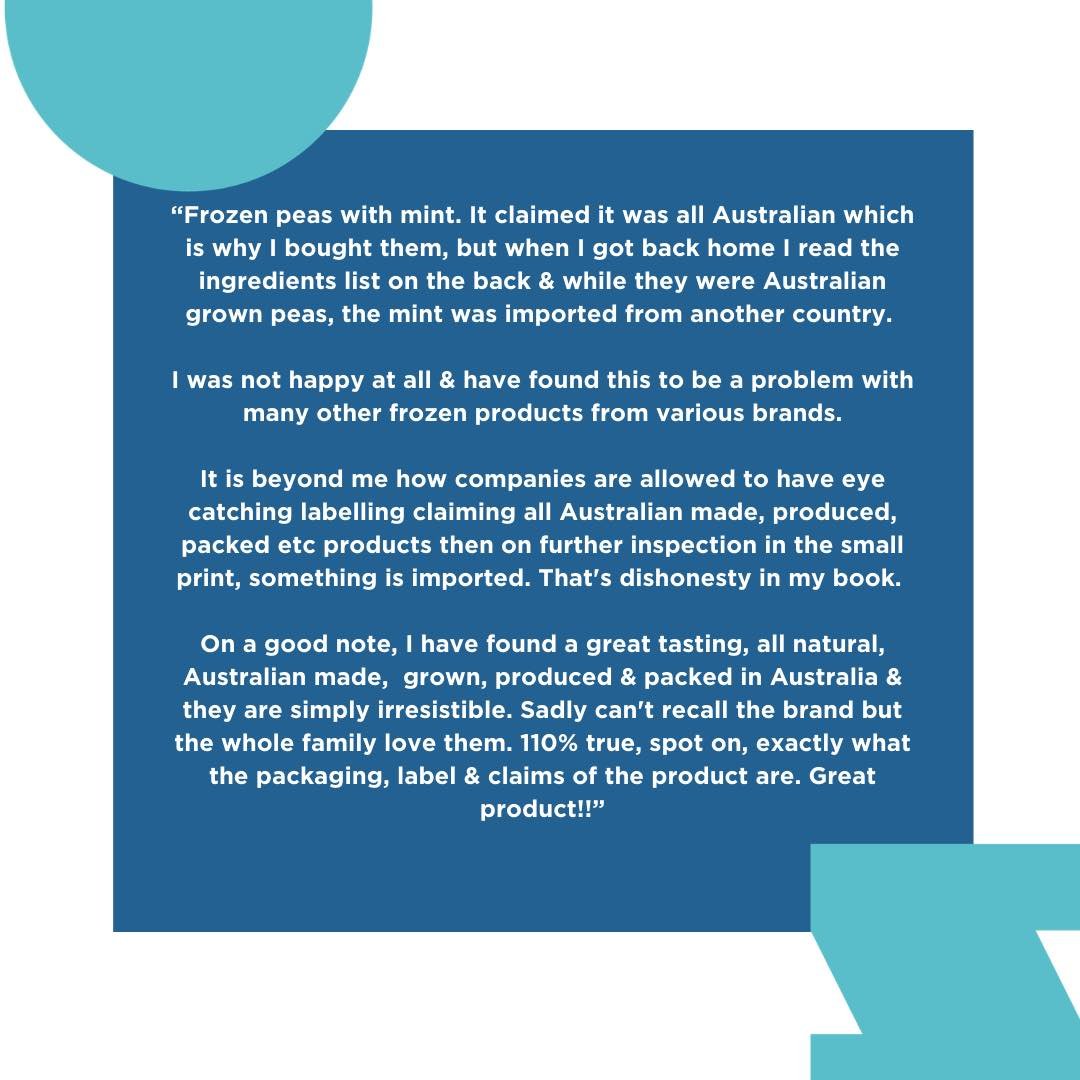 Make sure your claim doesn’t underwhelm.

3. Unless you can prove it, consumers don't want to hear it.

‘Australian made’ has positive associations with supporting the local economy and with making high quality, well-regulated, trustworthy products, especially following recent bushfires in Australia and COVID-19 lockdowns. The key is to ensure you can back it up.

Some claims are positively received by those ‘in the know’, for example Darrell Lea’s ‘Now 100% Palm Oil Free’. To those who are aware of the environmental impact of using palm oil, this is a powerful claim, but can be rather obscure to anyone who doesn't know what palm oil is. 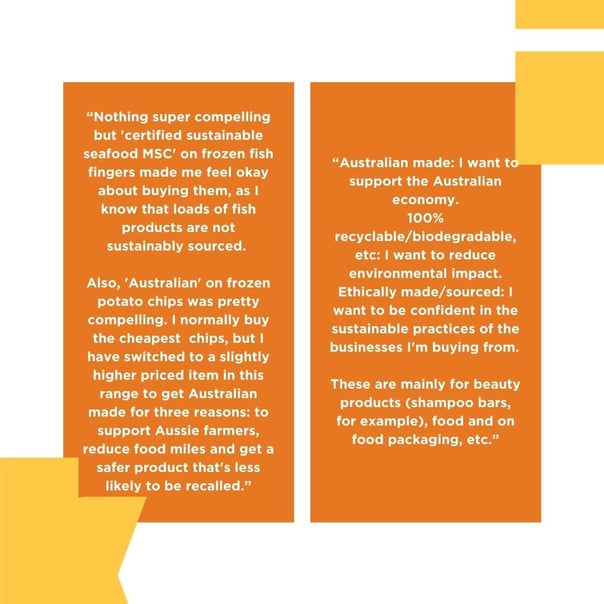 4. Then make sure you keep your word!

Some claims linger in the minds of consumers even after the manufacturer has stopped using them, which can lead to disappointment and confusion.

If you’re confident you can promise ’100% of all ingredients sourced in Australia’ in the long-term, go for it. But if there’s a chance that might not be true in the near future, it’s probably a risk you don’t want to take.

Consider the matter of vegan, vegetarian and plant-based claims. We tested a number of different options which seem to be used almost interchangeably on packaging: ‘plant-based’, ‘meat-free’ and ‘vegetarian’. We asked respondents how appealing they find these claims on food products, and at first glance the results suggest that these terms are all equally appealing…

6. Think about repulsion as well as attraction.

… However, looking at the levels of rejection, ‘meat-free’, and ‘plant-based’ are far more unappealing than ‘vegetarian’. Similar terms can resonate differently with different consumers, and what is a tick for one can be a deal-breaker for another. 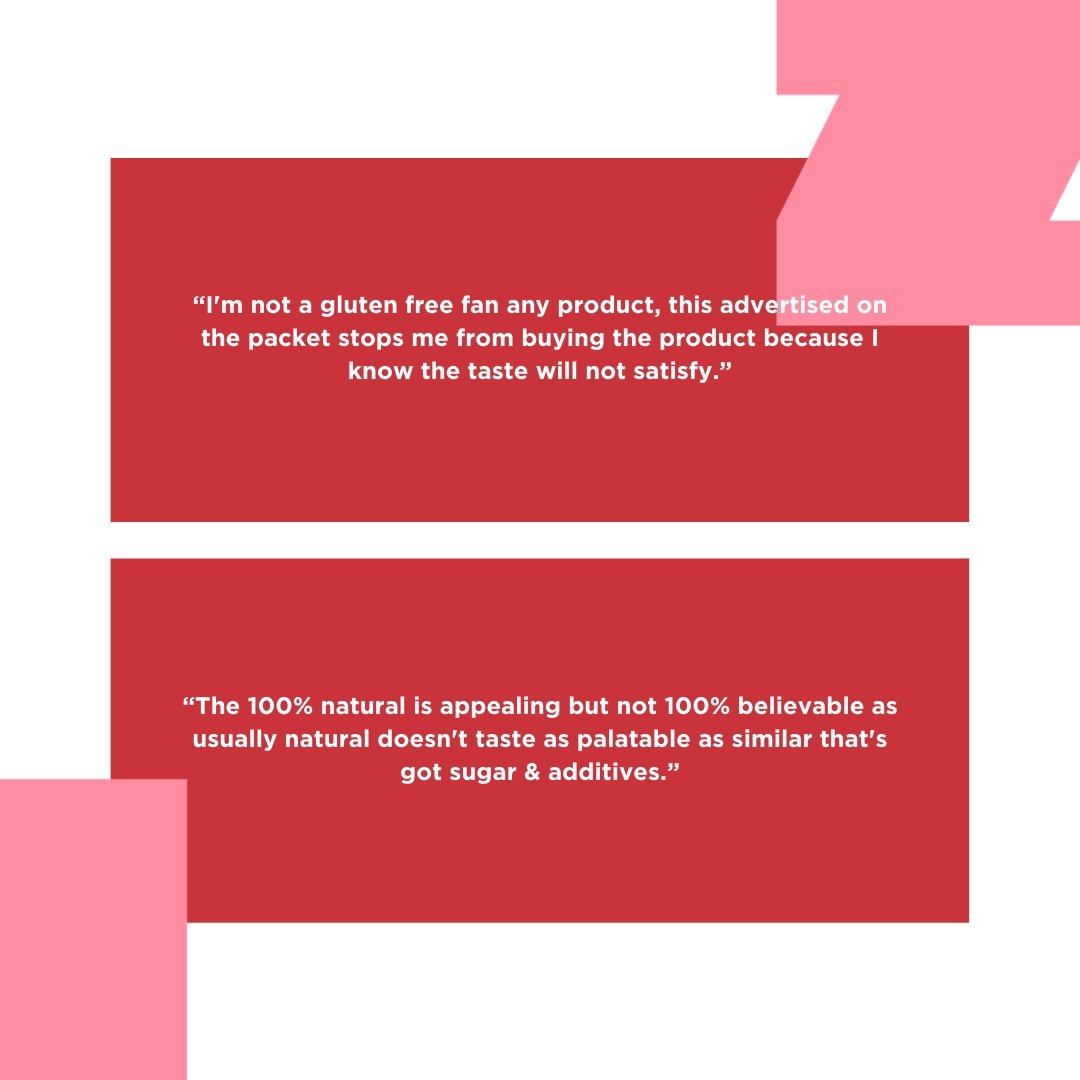 7. Avoid that “too good to be true” suspicion.

There’s a delicate balance between an appealing claim and one that is eyed with suspicion. Ensuring that you understand how consumers will actually interpret your claim is key to understanding whether you’ve hit the nail on the head. 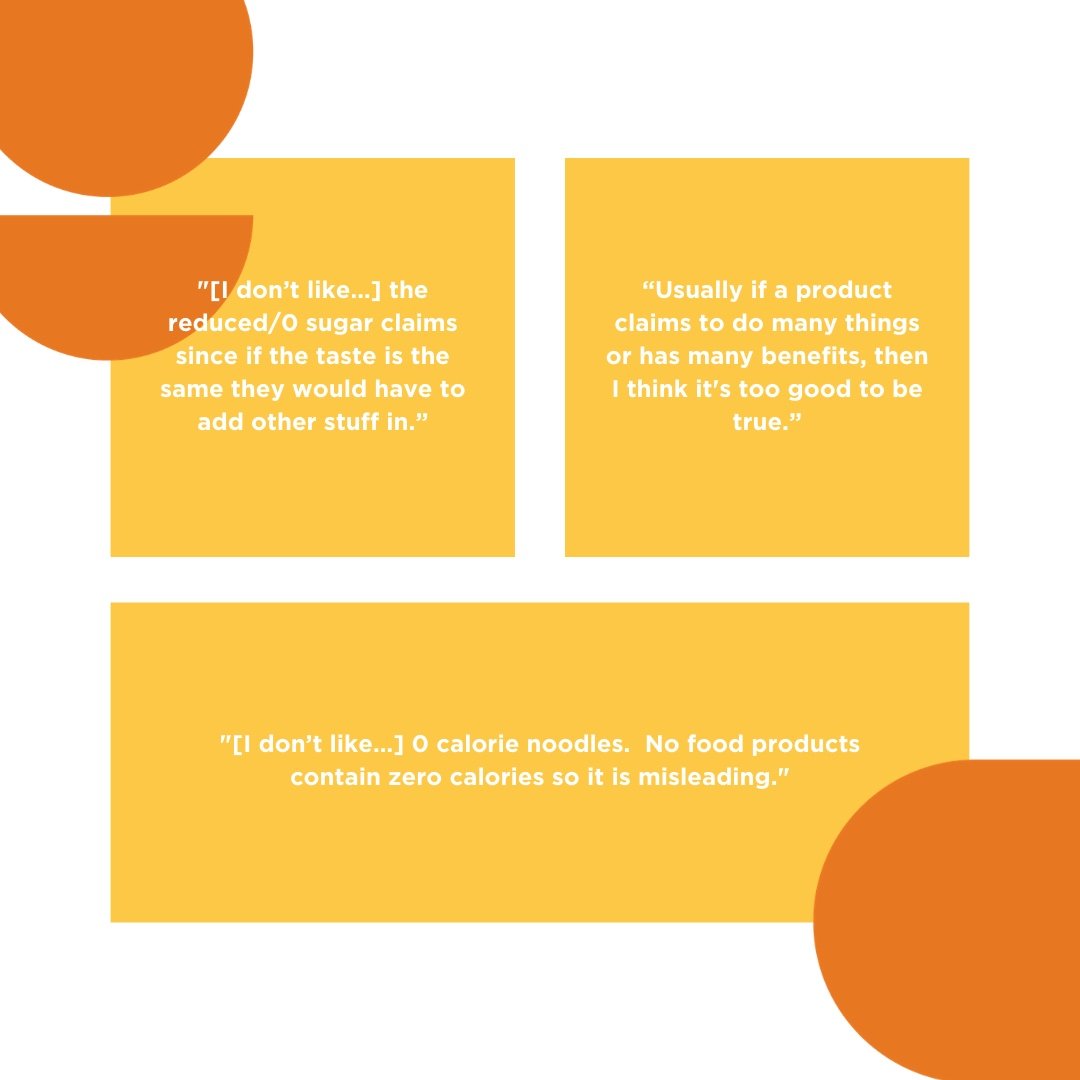 8. Don’t blind them with science.

Avoid giving the impression that to understand a claim one needs a PhD in food sciences, or to be a qualified lawyer. At best, you’re failing to connect with consumers, and at worst, they’re wondering if they can trust you.

9. But a lack of evidence is also a risk.

Being too vague is as much of a problem as being too detailed. Shoppers are often already suspicious, and claims that try to simplify complex issues can be interpreted as trying to ‘wordsmith’ something that sounds more impressive than it is. Of course some shoppers are cynical, and believe that these claims have no evidence, or even no basis in science. 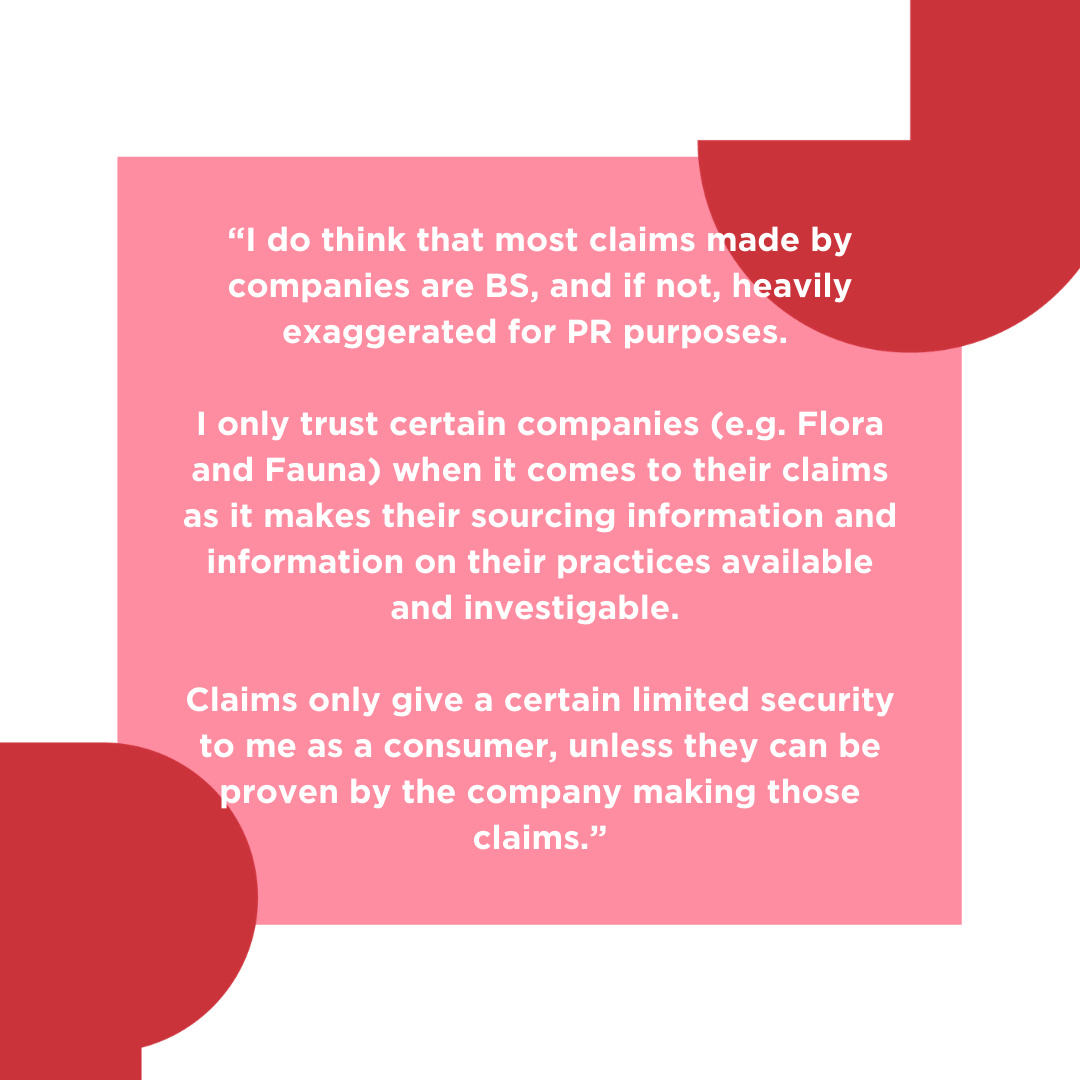 10. Steer clear of smoke and mirrors.

Priming consumers to be more sensitive to health claims can backfire when the rest of the product doesn't live up to their heightened expectations. Many shoppers are looking for products that can deliver health benefits, but they are wary of hidden ‘costs’, which means that a seemingly-positive claim can be viewed negatively when the shopper starts thinking more deeply about it or even does some research.

Whilst yoghurt appeared to be guilty in this regard amongst our respondents, this phenomenon stretches beyond food and health claims: think of something like hybrid cars which promise zero emissions as long as they are running on electric, but as soon as the driver is forced to switch to petrol power, they become so much more conscious of their emissions than they would have been in an ordinary car. 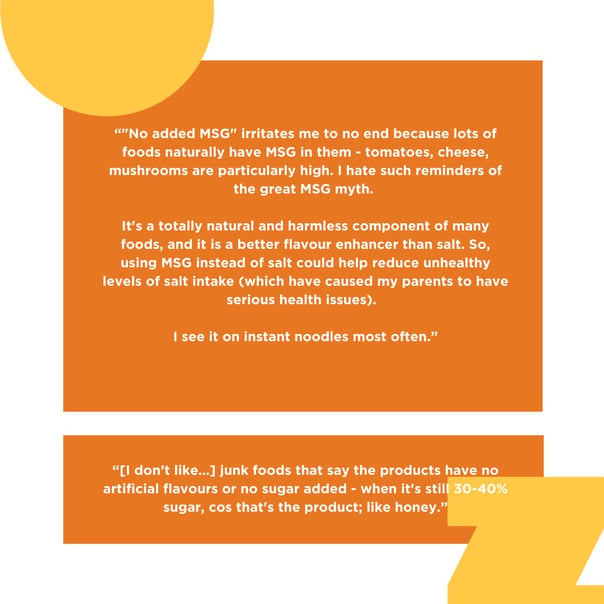 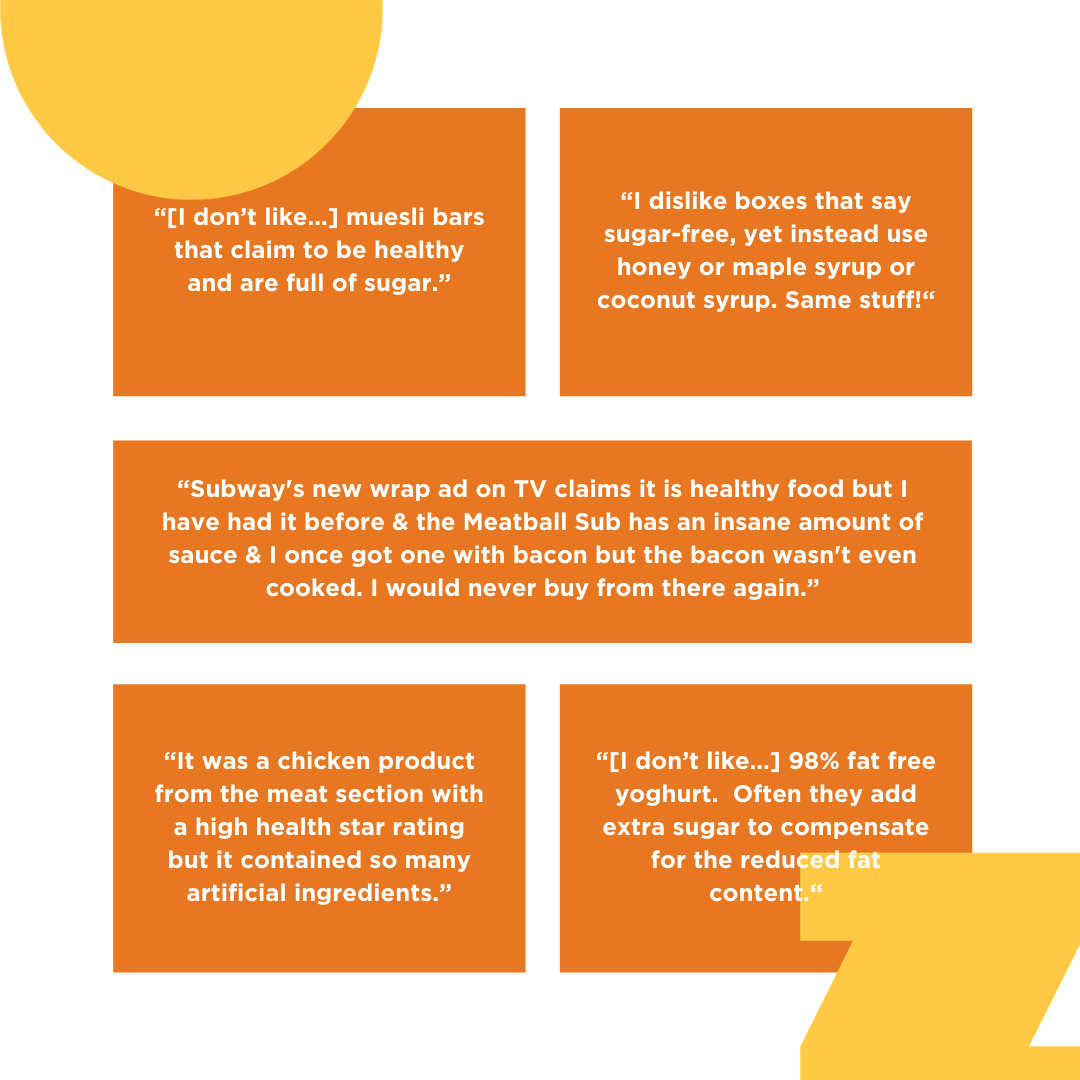 11. If appealing to authority, make it appealing.

Celebrity and expert endorsements can pack a punch, but only if they are known to the shopper and relevant to the product - otherwise there is a risk that an association with them can undermine the message.

12. Engage the senses, not just the brain.

Claims don’t have to appeal to the rational, they can also tempt with a sensorial experience. 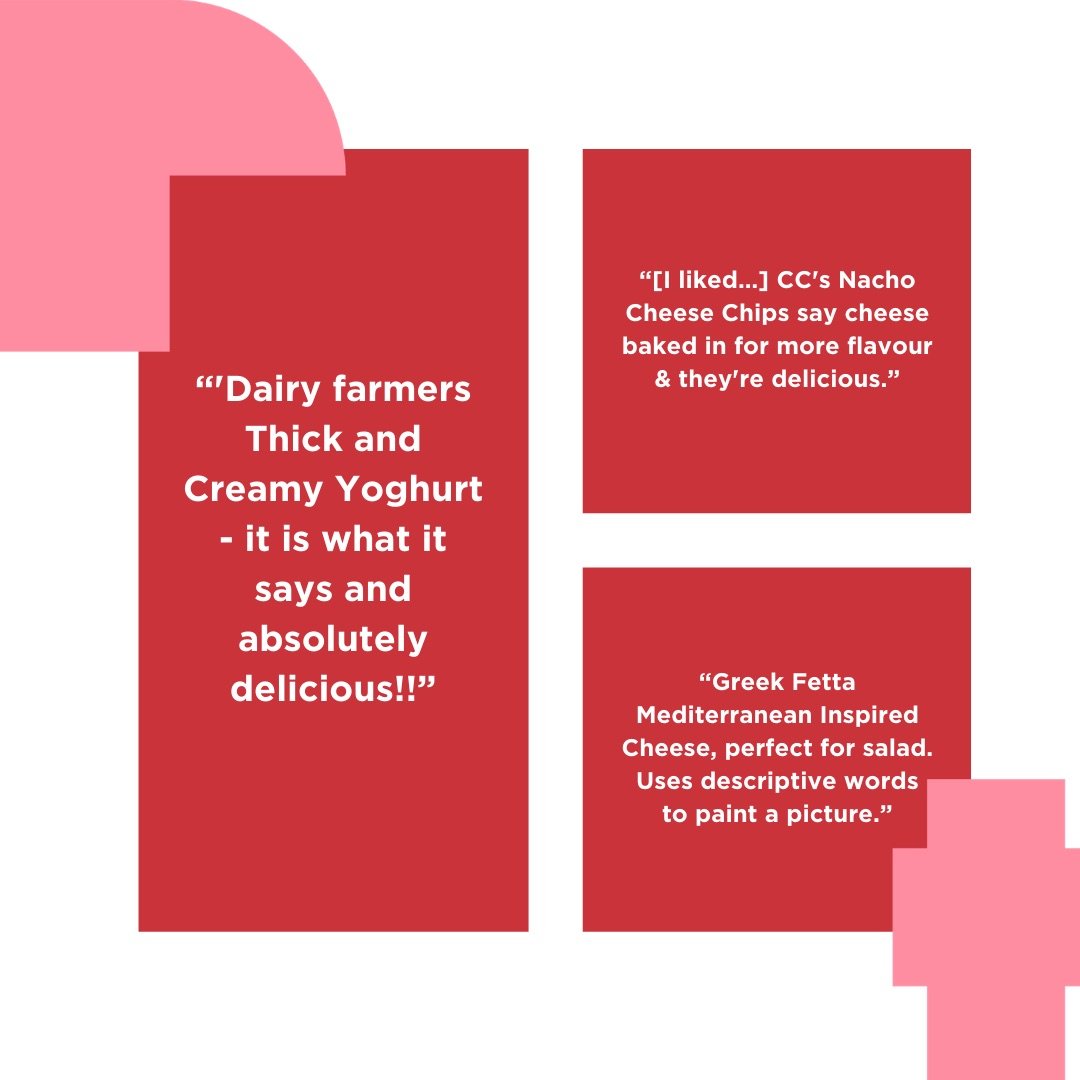 How to make sure your product claim is a winner with consumers.

Having raced through a few of our recommendations, you may wonder if it’s ever possible to feel confident in your claims. One thing is clear: test your claims with real consumers to make sure you understand how they are being received and interpreted - you won’t regret it!

If you're ready to ensure your claims resonate with consumers, we'd love to help. With decades of experience in all things packaging, brand and communications, we'll make sure your consumers back your product and your stakeholders sing your praises! Drop us an email at hello@playmr.com.au or get in touch using the orange enquiry button to the right.

Katherine is PLAY’s account director and resident packaging expert. She started life as a qualitative specialist before becoming a qual-quant researcher. Her 12 years of experience spans across FMCG, retail, tech, media, financial, auto, social, employer, and B2B: she loves diving into new categories and exploring the forces at play. She’s a fan of setting herself arbitrary goals and trying to complete them like translating the first Harry Potter novel from Portuguese (she hasn’t got to Hogwarts – yet!).